Electric Conduit Construction & Midwestern Contractors set up the domain www.GoodSafetyCatch.com . The purpose was to design a web based vehicle that would allow our employees to report hazardous situations and near misses to our safety supervisors, in real time. As our tradesmen and women became aware of the benefits of this program the usage increased. Our crews realized that the moment an incident was reported and email was sent out to our safety supervisors, and they in turn, took appropriate action to make sure that everyone was aware and could act on the information. For example in one incident a defective piece of hardware was discovered on a fall arresting harness. Safety personnel notified foremen and all crews utilizing fall arresting gear were told to stop work. The suspect hardware was changed out for new equipment and only then did work resume. We do not know if we prevented injuries or saved a life. But we do know that no one got hurt from defective arresting gear hardware. 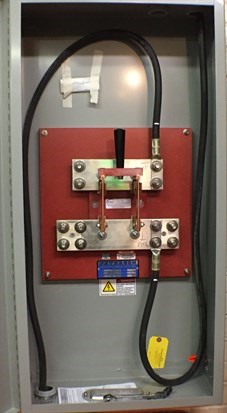 Our most recent reporting on GoodSafetyCatch.com came from one of our lead electricians who happened to stop by a transformer room on one of our job sites. He thought he smelled smoke from hot wires. On further investigation he identified the source of the smell and then detected smoke. He opened all doors, called a co-worker to assist, then found the main breaker and opened it. Then he called facility personnel to report the problem. His quick thinking prevented an explosion or a fire. He reported this incident on GoodSafetyCatch.com. All of our electrical, civil and mechanical crews are now aware of this incident. The idea is to use leading indicators to get ahead of problems and prevent incidents by detecting potential hazards and acting on them. As of this date it is working. We are now on our 500th day without an incident or an accident. Our crew's situational awareness is enhanced. They are looking for hazardous situations and when they find them they are reporting and acting on the information. They are keeping their brothers safe. Congratulations to all of our safety minded crews.